When it Comes to Poverty Reduction, Budget 2016 Earns Failing Grade

Another provincial budget, another Liberal betrayal of Ontarians living in poverty. Despite past promises, the provincial government’s Budget 2016 does not prioritize poverty reduction. While the budget does include some concrete measures designed to make life more affordable for low and moderate-income households, as Ontario Federation of Labour President Chris Buckley has remarked, “modest program improvements in certain sectors are being paid for by across-the-board cuts to others.” Make no mistake about it: despite overtures to “social investment”, this is an austerity budget and makes a mockery of the provincial Liberal’s poverty reduction commitments.

Back in 2007, the Liberals announced a much heralded poverty reduction strategy with the modest goal of reducing child poverty by 25 percent over five years. However, according to economists with the Canadian Centre for Policy Alternatives, Ontario ended its five-year strategy with the same level of child poverty as when it began in 2008.  While long overdue increases in the Ontario Child Benefit and the minimum wage, the roll out of full-day kindergarten, and the introduction of Healthy Smiles Ontario (a program providing dental care for kids in low-income households), have all been important developments, since the austerity budget of 2012, the Liberals have beat a hasty retreat in their War on Poverty.

Our self-styled “social justice premier”, Kathleen Wynne, is a former schoolteacher and has written her fair share of report cards. Well it’s time to issue the Wynne government a poverty report card and in subjects ranging from social assistance to food security, the provincial Liberals are earning very bad grades.

Close to 900,000 Ontarians rely on social assistance to help meet their basic needs. Since the Harris Conservative’s cuts in 1995, welfare incomes have been grossly inadequate, falling far below the poverty line.

For folks on social assistance, Budget 2016 does bring some good news. The Wynne government has committed to ending the dollar-for-dollar claw back of child support from social assistance, although the amount of child support that single parents will be able to keep has not yet been determined. Furthermore, as the Income Security Advocacy Centre has pointed out, there is no new money for legal aid services that give single parents the assistance they need to obtain child care support orders.

According to the Ontario Coalition for Better Child Care, Ontario tops the list of the highest and least affordable child care fees in Canada, with long wait lists for subsidy in many communities.

Despite this, Budget 2016 offers no new money for child care and creates no new child care spaces. As Carolyn Ferns, Public Policy Coordinator of the Ontario Coalition for Better Child Care, has said “The Ontario government is squandering its chance to make real progress on early learning and child care.”

The budget ignores the affordability crisis facing Ontario’s parents, especially low and moderate-income families. Subsidized child care can be a route out of poverty, especially for single mothers on social assistance. Sadly, the Wynne Liberals are doing nothing to improve access to quality, affordable child care.

With long waiting lists and a huge backlog in repairs, social housing in Ontario is in crisis. Yet the budget doesn’t serve up any major new cash for social housing needs and instead simply repeats previous commitments.

There is an injection of $178 million over three years into the Liberal government’s existing affordable housing strategy. This will go into assistance to those fleeing domestic violence (a $2.4-million pilot) and homelessness outreach ($45 million). Details are thin on where the remaining $100 million will be spent, although the budget says it will support 1,500 new supportive housing units providing assistance to those with disabilities and other needs. Again, this is not new money but simply the repackaging of previous commitments.

Furthermore, as the Income Security Advocacy Centre points out, there is no increase in direct funding to low-income households, especially folks on social assistance, to pay for the housing-related expenses—like first and last month’s rent, utilities arrears, and furniture replacement. These expenses used to be covered by the Community Start-Up and Maintenance Benefit, which the Wynne government axed in 2013.

Rising food and housing costs are leaving many cash poor folks with the dire choice either paying the rent or putting food on the table. According to the Daily Bread Food Bank, food costs are up 4% and vegetable prices have increased upwards of 18%. Food bank use has been on the rise throughout the province. The Daily Bread estimates that after paying for rent and utilities, the average food bank user has an income of only $6.67 a day to try to live on. With no commitment to food security in Budget 2016, people living on low-incomes will continue to have to rely on food banks and experience the health problems associated with poor diets.

B in Post-Secondary Education

On the poverty file, post-secondary education is the one bright spot in Budget 2016. Changes to the post-secondary grants and loans system and education-related tax credits will mean that students from families with incomes under $50,000 will receive more in non-repayable grants than they pay in tuition for most post-secondary programs.

These changes apply to anyone who is eligible for OSAP, including those receiving social assistance. While the devil is in the details—students and/or parents will stay have to pony up $3000 to access these grants—this appears to be one subject in which the Wynne Liberals are worthy of a decent grade.

However, the government is providing no new funding for post-secondary education overall and this means little will change for the army of precarious part-time instructors who now do the bulk of undergraduate teaching in Ontario and who often earn near poverty-level incomes.

The provincial government has announced it will be setting up a guaranteed basic income pilot project but with few details, we should reserve judgment on this subject.

When it comes to poverty, the provincial Liberal’s 2016 budget deserves a failing grade. In Ontario, there has been a 38% increase in poverty over the past 20 years. Nearly one in five of the province’s children live in poverty and close to 7 workers are now earning within $4 of the minimum wage. Ontario families pay up to $19,000 a year for child care, the highest costs in Canada. And as the Income Security Advocacy Centre has said, “below-poverty incomes for people on social assistance continue to leave them in dire circumstances.” Overall, Ontario funds all of its social programs at the lowest rate in Canada.

The need to build a strong anti-poverty movement in Ontario has never been more pressing. Not simply an example of the moral callousness of the Wynne government, Budget 2016 is a reflection of the current weakness of our movement. If the provincial Liberals are to earn better grades, we will need to encourage them—with protests, rallies, organizing, activism, and effective advocacy—to go back to school.

Simon Black is Assistant Professor at the Centre for Labour Studies, Brock University, and a member of Peel Poverty Action Group 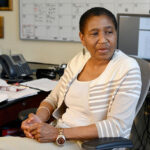 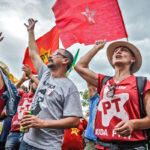