The World Cup is a Crime Scene

On the eve of World Cup 2018, soccer’s international governing body, the Federation Internationale de Football Association, or FIFA, announced that the United bid of Canada, Mexico, and the United States has been awarded the 2026 tournament.

At the outset, let me state that the fan in me is thrilled that not only will the World Cup be played in Canada—albeit just 10 games—but that the men’s national team will likely be playing, by virtue of Canada being a co-host, in the 2026 competition. It will be the men’s team’s first appearance on soccer’s biggest stage since Mexico 1986.

I was born in a “football-mad” family and have played most of my life. I’ve been lucky enough to win Provincial and National Championships with my club teams, and earned a professional tryout with Watford FC of the English Premier League. I played two years of NCAA soccer at the University at Buffalo before a brief stint as a semi-pro. I now spend my playing days trying—and largely failing—to keep up with twenty-somethings and contemplating a dignified retirement from the sport I love.

All this is to say that the player in me knows how important World Cup 2026 will be for the development of soccer in Canada; a sport that has far few barriers to participation, and is far more inclusive, than our national religion of hockey.

But the socialist and activist in me know that wherever it’s held, the World Cup is a crime scene.

And that’s not just because FIFA has for so long operated like an international crime syndicate—in the last six years alone, dozens of FIFA officials from more than 15 countries have been charged with racketeering, money laundering, and fraud.

But it’s because the World Cup, much like the Olympics, has become a profit-hungry corporate behemoth. Its crimes are not unique but those endemic to global neoliberal capitalism; a gangster capitalism of “free” markets, lax state regulations, and low taxes that enriches the global 1% and leaves the rest of us behind.   Here’s a rundown of the World Cup’s crimes:

FIFA is not poor. Its 2016 annual report, the most recent published, revealed that it has over $1.4 billion in investments. As its primary revenue-generating venture, the World Cup’s profitability is premised not only on the sale of marketing and broadcast rights but FIFA’s shakedown of host countries and cities. This is how it works: FIFA demands special tax exemptions from tournament hosts and much like other corporate giants such as Amazon, it plays prospective host cities and countries off against each other, extracting public dollars while contributing nothing to the public purse. As a result, FIFA demands and enjoys tax-exempt status at the every World Cup, as do its corporate partners like Coca-Cola, paying no taxes on billions of dollars of revenue. And yet the public is expected to pick up the massive tab for security, infrastructure and related costs. This is why Vancouver is not a host city for 2026; unlike Montreal, Toronto, and Edmonton, the BC NDP government rightfully told FIFA where to go when it made its criminal demands.

FIFA is tied up in a web of labour exploitation that spans the globe. In Qatar, where World Cup 2022 will be played, hundreds of migrant construction workers have died on the job as the Qatari government rushes to build mega stadiums in the desert kingdom. Reluctantly, and only under intense pressure from unions and labor rights NGOs, FIFA has agreed to allow the International Trade Union Confederation to investigate human rights abuses in Qatar and particularly the kafala system by which workers are tied to a single employer and subject to low pay and poor accommodations while labouring in the dangerous heat. Unions have called it a case of modern-day slavery.

Not surprisingly, FIFA does not have a labour code of conduct for suppliers, sponsors and subcontractors. A recent report from the Clean Clothes Campaign revealed that Adidas and Nike, major sponsors of the World Cup, pay poverty wages to the thousands of women in their supply chain that sew the team jerseys and shoes worn so proudly by players and fans. Much of this sportswear is produced in Indonesia where 80% of garment workers are women earning poverty wages. If it had the political will, FIFA could introduce and enforce a labor code of conduct ensuring that all goods bearing its trademark are manufactured in ‘sweat-free’ conditions.

At World Cup 2018, two Swiss players of Albanian descent celebrated a goal by making political gestures in favour of Albanian nationalism. FIFA investigated and found that the celebrations broke rules on “political and offensive messages”. While the players escaped a two-match ban, they were forced to pay fines of around $15,000 each.

This incident was only the latest example of FIFA’s double standards around politics and players’ rights. On numerous occasions, FIFA big wigs have stifled players’ attempts to form an international players’ association, or union, the most recent of which was led by socialist and soccer great, Diego Maradona.

(I’ve said nothing so far of the debt, displacement, and militarized police crackdown on activists that accompanied World Cup 2014 in Brazil. For that, you can check out my comrade Dave Zirin’s excellent book Brazil’s Dance with the Devil: The World Cup, the Olympics, and the Fight for Democracy).

So what are players and fans, activists and socialists to do?

The beautiful game is not irredeemably tainted, but its greatest competition certainly is. While the player and fan in me welcomes the World Cup to Canada, the activist and socialist in me knows that 2026 is an opportunity to agitate, educate, and organize. Here’s a good place to start: at the London 2012 Olympics, activists organized a campaign pressuring Olympic corporate partners to forgo their tax breaks. As political scientist and former Olympian Jules Boykoff notes, “quite remarkably, it worked: fourteen Olympic sponsors agreed to waive their tax-free status, and it became a bonanza for British taxpayers.” Why not do the same for World Cup 2026?

It’s high time to reclaim the beautiful game from gangster capitalism and let players, fans, and workers alike know that another World Cup is possible. 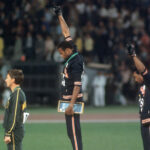 Race, Class, and the Revolt of the Black AthleteUncategorized 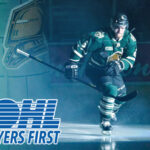 Should OHL players be paid? YesUncategorized