The PT’s Own Goal

Brazil’s Workers Party (PT) government, led by former Marxist guerilla, Dilma Rouseff, is in the midst of a political crisis that it may not weather. Embroiled in a corruption scandal involving the state petroleum company, Petrobras, and a number of construction firms, the government has been rocked by massive street protests and the machinations of a ruling elite hell bent on ending 12 years of leftist rule in South America’s largest and most economically powerful country.

Acting through the judiciary, and backed by a corporate media which ignores the corruption of right-wing politicos, the opposition appears to be plotting a coup, pushing for the impeachment of President Rouseff and the imprisonment of her beloved predecessor, the former lath operator and trade union leader, Lula da Silva.

The PT has endured political crises before. Brazil has seen waves of anti-government protest over the last three years. But now the government faces a confluence of factors that has shaken the foundation of Brazilian society, including the spread of the Zika virus, an economic downturn, and a rush to prepare for the 2016 Olympics.

In a country in which sports—and especially soccer—and politics are deeply intertwined, it was the PT’s insistence on hosting the World Cup and the Olympics back-to-back (in 2014 and 2016) that seems to have weakened support amongst the party’s poor and working-class base. Although the government’s partial break with neoliberalism and strong economic growth has lifted close to 40 million Brazilians out of poverty, in a country in which so many still lack access to the basic necessities of life, the millions spent on sporting spectacles has led many supporters to question the PT’s priorities.

Such is the religious devotion to soccer that the PT’s sins might have been forgiven had Brazil won the World Cup. Instead, it crashed out of the competition in spectacular fashion in the semi-finals against Germany. The unraveling of the national team seemed to mirror the unraveling of the political compact that has kept the PT in power.

Problems on the pitch

On that infamous day in July 2014, the game started badly. With only 10 minutes passed, Thomas Muller—Germany’s most prolific strike—stood unmarked at the back post and easily converted a corner kick. Ten minutes later, Germany scored again and added another within two minutes. And then, with the home crowd in a state of shock, a fourth German goal a mere twenty seconds after the restart. By halftime, it was 5-0.

After the break, the Canarinho—as the national team is nicknamed—returned to the field looking like they would much rather have been somewhere else. The thousands of Brazilians who had packed the Estadio Minerao sat in stunned silence; the atmosphere eerie for a match of such grand importance.

The game ended 7-1, the biggest defeat suffered by the national team in its 100-year existence. The team of footballing legends such as Zico, Socrates, Girancha, and Pele, had been dismantled, humbled, and humiliated in front of a television audience of close to one billion people.

Brazil’s manager, Luiz Felipe Scolari called it the “worst day of my life.” In a post-match interview, tears streaming down his face, the Canarinho’s captain, David Luiz, said, “I just wanted to bring happiness to these people, my people have suffered so much with other things.”

As the Guardian’s South America correspondent, Alex Bellos, wrote on the eve of the World Cup, the PT was banking on national team success to “help soothe unrest.” “Nothing less than glory,” Bellos noted, “is good enough for the host nation.”

Two years on and with Brazil’s right-wing forces and upper middle class on the march, the PT needs its poor and working class base more than ever. But as Dave Zirin has observed, the “party is not drawing millions of defenders into the streets, partly because there is a mass dissatisfaction with the status quote, and partly because the World Cup and the Olympics have exacerbated the hard times and symbolized a government woefully out of touch.”

On entering office, President Lula had a soccer pitch installed on the presidential lawn. Rumour has it that during kickarounds, the former President liked to play right midfield, emulating his hero Zizinho by dribbling around the finance minister or a trade union leader. It should have been his and the PT’s first and last attempt at capturing sporting glory.

A version of this article was published in Canadian Dimension magazine, volume 50 number 2, Spring 2016. 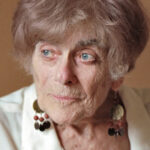 The Importance of Making Trouble: In conversation with Frances Fox PivenUncategorized

Olympics, debt and repression: An interview with Andrew ZimbalistUncategorized