The New War on the Poor: A Defense Manual

Another Progressive Conservative government in Ontario, another war on the poor.

Anti-poverty activists old enough to remember the days of the Mike Harris government will know just how quickly and deeply the Doug Ford Conservatives will cut social supports for people living on low-income. Like the Harris Conservatives, the Ford government will criminalize and penalize poverty, increase surveillance and “fraud” crackdowns, rely on myths and stereotypes about the poor to win public support for their agenda, all the while ignoring polite advocacy and moral appeals. And like Harris, Ford will begin by targeting the most vulnerable and those will the least resources to resist: people living with addictions, folks experiencing homelessness, and lone mothers and their children. The new government’s war on the poor has already begun; in only three months the Ford Conservatives have:

– Cut in half the 3% increase in social assistance rates scheduled to come into effect in September. Furthermore, progressive regulatory changes that were scheduled to be implemented this fall will most likely be cancelled.

– Promised to freeze the minimum wage at $14 an hour and roll back legislation protecting the working poor.

So what are anti-poverty activist and advocates to do? Here’s a short defense manual for the renewed war on the poor:

For folks living on social assistance, the human face of the Ford government is a unionized welfare caseworker. Public sector unions like CUPE and OPSEU will be on the defensive for the next four years and there have been efforts in the past to build solidarity between frontline caseworkers and their “clients”. These efforts need to be renewed and anti-poverty activists must remind OW workers and their unions of the common interests they share in beating back an agenda that is hostile to the interests of the poor and public sector unions.

If we are going to defeat the Ford government and ensure that families do not have to choose between paying the rent and feeding the kids, we need an anti-poverty movement willing and ready to fight. There no guarantee that we’ll win, but even the smallest and most defensive victories bring hope, keep our energy up, and allow us to dream of a more socially just Ontario in which poverty is history. 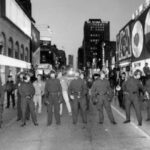 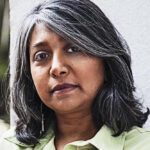