When Marx and Engels penned the Communist Manifesto in 1848, Europe was in the midst of revolutionary change. The opening line of the Manifesto is “A spectre is haunting Europe—the spectre of communism.” The idea of an economy and society democratically controlled by working people was one that struck fear into the hearts of Europe’s ruling classes.

In the world of professional sports, the bourgeoisie hasn’t quaked in their loafers for some time now. In the past ten years, team owners have boldly locked out players in the NBA, the NFL, and the NHL (twice), weakening collective bargaining agreements in the process. In many ways, labour relations in pro sports mirrors the one-sided state of class struggle beyond the floodlights and scoreboards. Players’ associations, like other labour unions, have been in retreat. In Major League Baseball, the players’ share of league revenue has fallen close to 20 percent in the last 20 years. In the NFL, it’s down from 50 to 47 percent. And in the NBA, the last two rounds of collective bargaining saw a massive transfer of wealth from players to owners—some $3 billion over a decade.

Enter Michelle Roberts, pro sports answer to Angela Davis. Last July, the Harlem-based lawyer made history by becoming the first woman to lead a major North American professional sports union, the National Basketball Players’ Association (NBPA). Roberts is African-American and grew up in public housing in the South Bronx. According to a profile in the New York Times, her mother, Elsie, raised Roberts and her four siblings on her own, cleaning houses and selling home-cooked food to supplement the money she received on welfare.

After attending New York City public schools, Roberts earned a scholarship to a prestigious private school. From there, she went on to the University of California at Berkley, graduating with a degree in law. Roberts became a public defender, reflecting her belief that “poor people have the right to a good defense”, before earning a reputation as one of America’s fiercest trial lawyers. Oh and she picked up a side gig teaching at Harvard along the way.

Despite having no background in labour relations, Roberts beat out 300 other candidates to replace Billy Hunter as executive director of the NBPA. Hunter was considered a soft touch at the bargaining table and had long ago lost the confidence of basketball’s rank-and-file.

In her first big media interview, Roberts struck a markedly different tone than her predecessor. Throwing a verbal hand grenade into the normally polite discourse of NBA labour relations, she called the league’s billionaire owners “replaceable”. Channeling Marx, Roberts asked, “Why don’t we have the owners play half the games? There would be no money if not for the players. Let’s call it what it is. There. Would. Be. No. Money. Thirty more owners can come in, and nothing will change. [The players] go? The game will change. So let’s stop pretending.”

Then, when asked if she thought she would be underestimated in the male-dominated sports world, Roberts replied, “My past is littered with the bones of men who were foolish enough to think I was someone they could sleep on.” As New York magazine put it, “If you’re looking for the one person most likely to alter the world of sports most dramatically over the next decade … It’s this 58-year-old woman sitting in her office in Harlem, ready to watch the sports world burn.”

Although NBA team owners are crying poor—they always do—Roberts knows that the league has never been more profitable. The NBA is the midst of a revenue boom with a new $24 billion television contract, rising gate receipts, and strong merchandising sales. The average NBA franchise is worth $1.1 billion—and yet owners want to chip away at player gains in salaries, benefits, and working conditions (never mind continuing to squeeze city governments for taxpayer dollars, building shiny new arenas on the public dime).

Well Roberts is having none of this. With her at the helm of the NBAPA and a new round of collective bargaining on the horizon, the players are in a bolshie mood. Even the league’s wealthiest player, LeBron James, is sounding like a basketball Che Guevara and was recently elected to the union executive. A players’ strike could well be on the horizon.

But despite their resources, the players’ have always had one serious disadvantage vis-a-vis owners—a disadvantage somewhat unique to their occupation. When your career is five years long, losing a season’s salary to a strike is a serious financial hit. Roberts answer to this? Ruminating on the future of the NBA, she insisted that the players, if pressed, are capable of forming a league of their own; that is a league managed, owned, and controlled by the players themselves. With Michelle Roberts at the bargaining table, it seems a spectre is haunting the NBA.

A version of this article was published in Canadian Dimension Vol 49 No. 2 March/April 2015 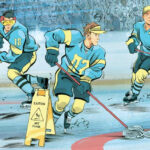 Unifor Faces Off Against Owners in Major Junior Hockey FightUncategorized 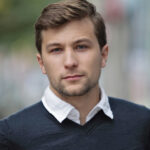