Should OHL players be paid? Yes

Major junior hockey is big business. Everyone from coaches to Zamboni drivers to concession stand workers gets paid and protected under labour laws. Everyone, that is, but the players.

The Government of Ontario’s new fiscal road map excludes major junior hockey players from protection under the Employment Standards Act, a move welcomed by Ontario Hockey League commissioner David Branch, who has lobbied government for just such a sanction.

Branch, also president of the Canadian Hockey League, praised the government “for its leadership” in ensuring OHL teams “can continue to be leaders in the community and contribute to the economic development of the communities in which we play.”

There have already been two attempts to organize a CHL players’ union, and the OHL faces a $180-million lawsuit by former players claiming the league violates employment standards and minimum wage laws. But Branch and team owners insist major junior hockey players are “amateur student athletes.”

As a legal concept, “student athlete” hails from south of the border. The National Collegiate Athletic Association — which governs U.S. college sport — adopted the phrase in 1954, to support the notion that athletes receiving scholarships to play NCAA Division I football and basketball — sports that generate massive revenues — should be considered students rather than employees of their universities.

Legal scholars argue the NCAA invented the “student athlete” myth to deny athletes’ employee status, obscure the reality of the university-athlete employment relationship and avoid universities’ legal responsibilities as employers. Last year the NCAA reaped over a $1 billion in revenue, but the athletes whose labour generates this wealth don’t get paid a cent, and are not protected under basic labour laws.

It’s no surprise then that Branch and the team owners he represents have grown fond of this term. They tell anyone willing to listen — including the premier — that major junior hockey players are “amateur student athletes.”

But CHL players are “amateur student athletes” in name only. They needn’t be students to play on CHL teams, and they work under the direction and control of clubs that are for-profit businesses.

Players put in 35, 40 sometimes 65 hours a week — travelling to and from games, practicing and training, participating in team promotional activities, and playing three games a week in a gruelling 68-game season. They are drafted, released, abandoned when deemed surplus to requirements, and otherwise treated like the professionals they aspire to be.

There’s also legal precedent dispelling the amateur myth. Hearing a case about whether the Brandon Wheat Kings should pay employment insurance and Canada Pension Plan assessments, the Tax Court of Canada ruled in 2000 that the relationship between club and players is indeed one of employer-employee.

Owners say they can’t afford to pay players minimum wage, but Branch has acknowledged that while the league isn’t as profitable as some think, “we are not going to cry poor.”

Financial information disclosed by OHL teams as part of the class-action suit shows annual team revenues range from $1.3 million to $6.5 million. The most profitable, the London Knights, cleared a $1.9 million profit. Some clubs lost money, but that’s no excuse for violating workers’ rights under the law; it’s an argument for a revenue sharing arrangement like those that exist in the major leagues.

As one player agent said, “It might not be the NHL, but major junior hockey isn’t operating on a shoestring budget. You can watch CHL games on television, play as your favourite team on Xbox, eat out of a cereal box with CHL players on it and pay for that cereal with a credit card bearing a junior hockey team logo.”

Sure, players receive a meagre weekly “allowance,” room and board, and are eligible for scholarships they may never use, but not the wages, overtime, vacation pay or other protections that employees are entitled to.

The Tories say they’re “protecting amateur hockey in Ontario”, but they’re just protecting the interests and profits of team owners at the expense of vulnerable young workers. 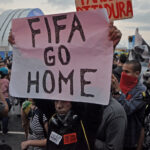