On the day Made in Dagenham premiered in British cinemas—a brilliant film about the 1968 strike at the Ford Dagenham car plant, in which 850 female workers walked out in protest of sexual discrimination—The Guardian newspaper reported that 37 per cent of British schools now offer cheerleading as a sport. For Guardian columnist Victoria Cohen, the day marked “one march forward, two twirling steps back,” for the women’s movement. “Forty years after the Dagenham strike,” Cohen wrote, “four out of 10 British schools are putting the hot girls in porny costumes and teaching them to shake their buns through life.”

Cheerleading has long drawn the ire of feminists. I’m not talking about competitive cheerleading but what feminist writer Emily Jupp calls “the silly, fluffy pom-pom shaking, semi-nude dancing you see at the edges of American football games.” The former is performed for serious judges; the latter under the gaze of beer-swilling men.

But I imagine more than a few feminists will be rallying behind the National Football Leagues’s cheerleaders as they launch a series of labour actions aimed at winning better wages and working conditions. While some feminists may continue to denounce cheerleading as a handmaiden of the patriarchy, others will ask of their movement sisters (and pro-feminist brothers), “which side are you on?”

Over the past few months, cheerleaders in America’s biggest sports league have taken their employers to court over a series of wage violations; there are even rumblings of a union drive. Cheerleaders are speaking out against their exploitation at the hands of NFL teams who refuse to pay a minimum wage and subject them to a range of sexist treatment, including “jiggle tests” where coaches inspect cheerleaders’ bodies while they do jumping jacks. The Buffalo Bills’ cheerleading squad, the Jills, are leading the fight.

The minimum salary for a single player in the NFL is $420,000 a year. As the Jills’ lawyer points out, it would cost only $235,000 to pay the whole cheerleading squad New York State’s minimum wage for 20 hours a week for 42 weeks per year, the length of the season from tryouts to the Super Bowl. Having been the only NFL cheerleaders to unionize—only to be decertified in a bitter fight with their employer—a former member of the Jills, Andrea Kremer, has said that the league’s cheerleaders may soon attempt to organize en masse; “we’re women, and we are standing up for our rights,” she recently told Salon.

As cheerleaders join sex workers and fashion models on the move for workplace justice, some feminists say industries that trade on male fantasy, the sexual objectification of women and commodification of their bodies are worthy of abolition. Others rally behind these overwhelmingly female workforces in the name of workers’ rights and women’s rights. Of course this divide is not new; it relates to what bell hooks has called the “unresolved question of what is a feminist liberatory sexuality.”

As Amanda Hess has written, professional cheerleading has “always presented a dilemma for the traditional feminist movement. On the one hand, feminism is committed to fighting for fair pay for women in all areas where they are discriminated against because of their gender. On the other hand, this particular kind of labor… suggests another kind of gendered exploitation, and one that’s hard for some feminists to rush to defend.”

The NFL’s cheerleaders want better wages, working conditions, respect on the job, and an end to sexist treatment. They may soon put down the pom-poms and pick up the picket signs. Some in the women’s movement may continue to think that what cheerleaders do is bad for women’s equality and that theirs is not a feminist fight. But as Hess argues, it’s not a contradiction “to stand up for the legal rights of the women who perform work that nevertheless fails to reflect the ideal, gender-equitable society.” Feminists who decide to sit this fight out may just miss professional cheerleading’s Made in Dagenham moment. 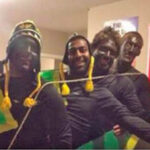 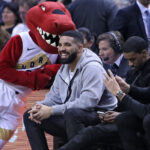 “We the North” and the Marketing of BlacknessUncategorized