On the night of October 30th, Issac’s Bar and Grill in the Brock University Student-Alumni Centre hosted a Halloween party and costume contest. Several non-Black students participating in the contest were dressed as the Jamaican National Bobsled Team.

These students wore blackface: black make-up or paint on their faces. Blackface can never be disassociated from the vicious legacy of white supremacy and institutionalized anti-Black racism in the United States and Canada, just as redface or “playing Indian” cannot be disassociated from colonialism and the subjugation and dispossession of indigenous peoples.

Very close to Brock University, in Niagara Falls, blackface minstrel shows were aimed at white tourists until the 1950s. However, blackface is not simply a remnant of a racist historical past, but part of a broader set of cultural practices which maintain and normalize anti-Black racism and systemic oppression. Students, staff and faculty at Brock University need to understand that such costumes are not “just a joke”. Regardless of the intent or motivation of the students in question, donning blackface for Halloween is never okay; it is racist, full stop.

The incident at Isaac’s has generated concern and anxiety on campus, particularly because the students wearing blackface were awarded a cash prize for their costume and the Student Union’s initial response to the incident was halting, at best.

Given this history and contemporary reality, we are extremely disappointed at the lack of a response to this incident from the university’s administration. A university committed to equity, diversity, and anti-racism must address such incidents head on. We fear that without a strong rebuke from senior administration and a clear anti-racism plan of action moving forward, what happened at Isaac’s will be validated and a message will be sent to the Brock community that racism is an accepted reality of campus life. 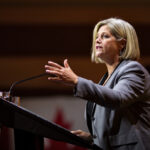 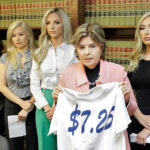