Jobs are no excuse — Canada must stop arming Saudi Arabia

Above – Crown Prince of Saudi Arabia Mohammed Bin Salman, looks towards Prime Minister Justin Trudeau, bottom right, as they arrive at the G20 Summit in Buenos Aires, Argentina in 2018. THE CANADIAN PRESS/Sean Kilpatrick

Re-elected for a third term, Justin Trudeau’s Liberal government can forge a progressive foreign policy that weds concern for human rights abroad with its desire for a strong economy and good jobs at home — but that will require ending the sale of arms to Saudi Arabia. 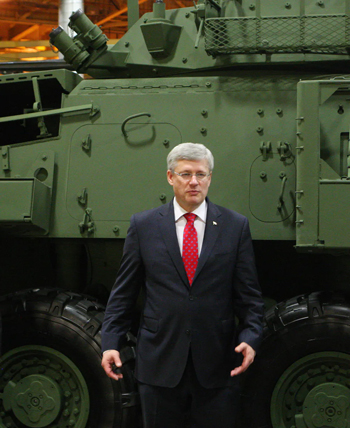 Stephen Harper, then prime minister, tours the General Dynamics Land Systems—Canada plant and stands next to a LAV being built at the facility in London, Ont., in May 2014. THE CANADIAN PRESS/Dave Chidley

Harper recently defended the LAV deal, saying he was “proud this constructive relationship [with Saudi Arabia] helped secure jobs for Canadians through the largest export manufacturing contract in Canada’s history.”

Under pressure from critics, the Liberals have defended LAV exports on similar terms, claiming that cancelling the contract would “put the jobs of thousands of Canadians at risk, not only in southwestern Ontario but also across the entire defence industry supply chain, which includes hundreds of small and medium enterprises.”

Worth an estimated $14 billion, the contract supports an estimated 3,000 jobs in London. In a city hard hit by plant closures, the jobs argument has gained traction.

Yet Canadian complicity in Saudi violations of human rights and international humanitarian law have become too difficult for many to ignore.

Saudi Arabia has a dismal human rights record, both at home and abroad. Domestically, Saudi authorities repress dissidents, women’s rights activists and independent clerics. Internationally, Saudi Arabia has since 2015 led a coalition in a military intervention in Yemen, where it seeks to prop up the government of President Abdrabbuh Mansur Hadi, engaged in armed conflict with Houthi rebel forces.

Since the Saudi-led coalition began its intervention, it has been widely condemned for serious and repeated violations of international humanitarian law, including the deliberate targeting of civilians.

Saudi airstrikes have been indiscriminate and disproportionate, killing thousands of civilians while destroying critical infrastructure, including water facilities and hospitals. In 2018, a coalition airstrike on a school bus killed 40 Yemeni children, injuring dozens more. 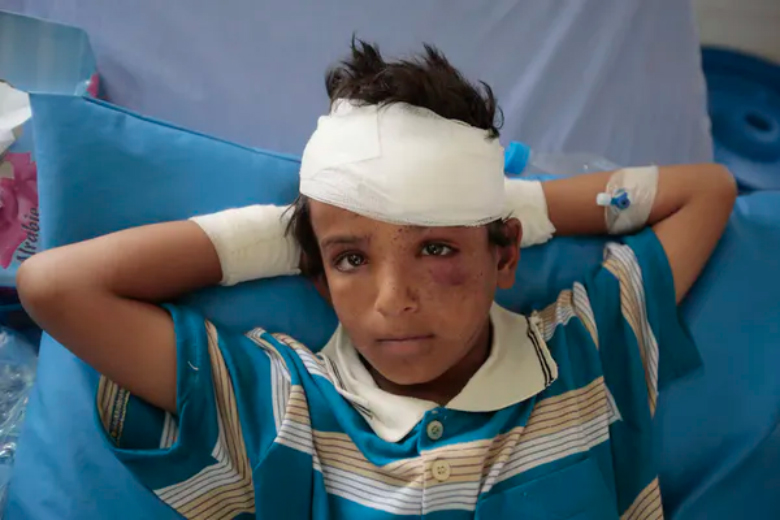 A child injured in a deadly Saudi-led coalition airstrike rests in a hospital in Saada, Yemen, in August 2018. The United Nations called for an investigation into the airstrike in the country’s north that hit a school bus. (AP Photo/Hani Mohammed)

To its shame, Canada has twice been named by the United Nations Group of Eminent Experts on Yemen as one of several world powers helping to perpetuate the conflict by continuing to supply weapons to Saudi Arabia.

In a September 2020 letter to Trudeau, 40 civil society organizations raised concerns about the ethical, legal, human rights and humanitarian implications of Canada’s arms exports to Saudi, calling for their immediate suspension.

Peace activists have protested the LAV deal outside General Dynamics in London and other cities across Canada and have attempted to blockade a shipping company said to be transporting LAVs to port, among other actions.

But still, defenders of the deal ask: what about the jobs?

Recognizing that ending arms exports to Saudi Arabia could affect workers in Canada’s defence sector, the civil society organizations, including Oxfam Canada and Amnesty International Canada, used the open letter to call on the Trudeau government “to work with trade unions representing workers in the arms industry to develop a plan that secures the livelihoods of those who would be impacted by the suspension of arms exports to Saudi Arabia.”

For its part, the federal NDP has said that jobs at General Dynamics can be secured with local Canadian contracts, arguing that the Canadian Forces need similar vehicles.

In opposing arms exports to Saudi, the Canadian Labour Congress, the largest labour group in the country, has called for “public investment in a rapid transition to peaceful green jobs that protects workers and their communities — and the rest of the planet.”

The highly skilled workforce at General Dynamics could build, for instance, the high speed rail infrastructure that will be an important part of Canada’s response to the climate crisis.

The government should not ignore such arguments from defenders of good jobs.

During the election campaign, the Liberals pledged a principled approach to foreign policy that places the promotion of democracy, human rights and the rule of law at its centre, while promising to create good jobs and “grow the middle class.”

A progressive government can and should do both. It’s long past time for the Liberals to stop pitting good jobs at home against human rights abroad. 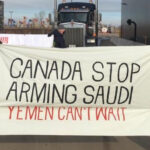 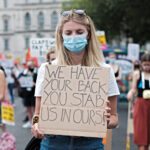 Essential but not empowered: reflections on the working class in Canada under COVID-19Uncategorized