The Saudi-led bombing and blockade of Yemen has led to the death of 250,000 people and created the largest humanitarian crisis in the world. On Jan 25, people around the world protested against their governments’ support for the war. In Canada, peace and labour activists blocked trucks at Paddock Transport International, a Hamilton company involved in shipping Canadian-made, light armoured vehicles to Saudi Arabia. We talk about Canada’s role in the crisis in Yemen with Simon Black, assistant professor at Brock University and co-founder of Labour Against the Arms Trade. Listen below: 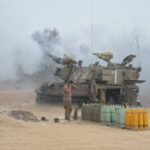 It’s Time for Canada to End Arms Sales to IsraelUncategorized 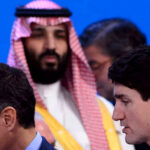 Jobs are no excuse — Canada must stop arming Saudi ArabiaUncategorized