Social Reproduction and the City 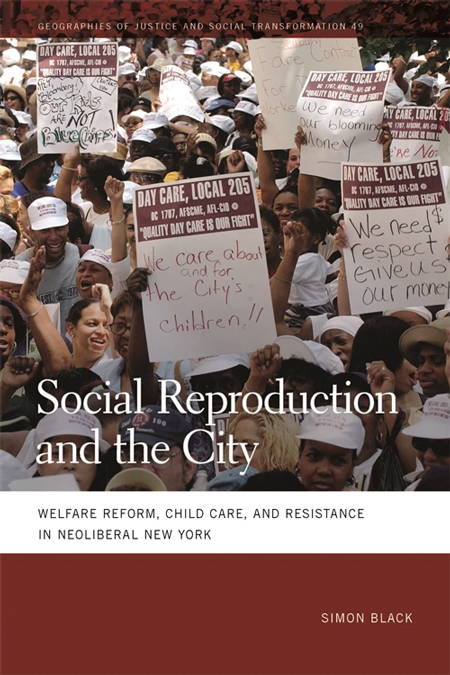 The transformation of child care after welfare reform in New York City and the struggle against that transformation is a largely untold story. In the decade following welfare reform, despite increases in child care funding, there was little growth in New York’s unionized, center-based child care system and no attempt to make this system more responsive to the needs of working mothers. As the city delivered child care services “on the cheap,” relying on non-union home child care providers, welfare rights organizations, community legal clinics, child care advocates, low-income community groups, activist mothers, and labor unions organized to demand fair solutions to the child care crisis that addressed poor single mothers’ need for quality, affordable child care as well as child care providers’ need for decent work and pay. Social Reproduction and the City tells this story, linking welfare reform to feminist research and activism around the “crisis of care,” social reproduction, and the neoliberal city.

At a theoretical level, Simon Black’s history of this era presents a feminist political economy of the urban welfare regime, applying a social reproduction lens to processes of urban neoliberalization and an urban lens to feminist analyses of welfare state restructuring and resistance. Feminist political economy and feminist welfare state scholarship have not focused on the urban as a scale of analysis, and critical approaches to urban neoliberalism often fail to address questions of social reproduction. To address these unexplored areas, Black unpacks the urban as a contested site of welfare state restructuring and examines the escalating crisis in social reproduction. He lays bare the aftermath of welfare reform on child care and the resistance to policies that deepened race, class, and gender inequities.