The Dream Gap Tour of elite hockey players put the women’s game back in the news this fall. Some of the world’s best players — including more than 35 Olympians — played in the four-team exhibition tournament that travelled to Toronto, Chicago and Hudson, N.H.

A few months earlier, professional women’s hockey seemed to be in crisis. The six-team Canadian Women’s Hockey League (CWHL) had folded in May due in part to financial issues, leaving one professional women’s hockey league in North America — the U.S.-based National Women’s Hockey League (NWHL). Later that month, more than 200 players launched a boycott of that league over demands for better pay and working conditions.

Ultimately, the upheaval led to the creation of the Dream Gap Tour and the Professional Women’s Hockey Players’ Association (PWHPA).

Tour supporters, including the National Hockey League Players Association (NHLPA) and Unifor (Canada’s largest private-sector union), hope the strategy will lead to more and better paid opportunities for women to play, and the creation of a “single, viable women’s professional league in North America.”

The mission is to close “the gap between what boys and girls can aspire to achieve” in professional hockey. But will it work?

The growth of women’s hockey

Many of the advances in women’s hockey since the 1970s are due to collective action on the part of advocates.

Previous research on girls’ minor hockey associations in Ontario found that when leaders within a local community work together, new girls’ teams, leagues and organizations were created. The new opportunities came from women’s hockey leaders assuming greater authority over the governing hockey bodies that managed how girls and women play the game.

This advocate-led approach also drove growth at the provincial and national level. Rhonda Leeman Taylor’s memoir, Offside: Challenges Faced by Women in Hockey, tells of how women — and men — stood together to advance the women’s game. Their major accomplishments included the formation the Ontario Women’s Hockey Association in 1975 and the reinstatement of a senior women’s Canadian championship in 1982.

On the men’s side, a professional players’ union didn’t form until many years after the National Hockey League was established. NHL players faced a difficult time when trying to mobilize as a bargaining unit in the late 1950s, and the nascent union was ultimately crushed by team owners.

Only during the 1967-68 season did players successfully establish the NHLPA, allowing them put a check on the power of owners and lift salaries and working conditions through collective bargaining.

In contrast, the women organized the PWHPA first, with the aim of creating better opportunities. While some women currently play in the NWHL, that league has been criticized for failing to invest in the women’s game and pay players a living wage. Some professional women hockey players earn as little as US$2,000 and have no health insurance.

The PWHPA is clear that its advocacy is not limited to the women playing hockey today. Its members are willing to make sacrifices (such as sitting out the 2019-20 season) to focus on the future of the game.

According to Kendall Coyne Schofield, the 2018 Olympic gold medallist and NWHL veteran:

“We are fortunate to be ambassadors of this beautiful game, and it’s our responsibility to make sure the next generation of players have more opportunities than we had. It’s time to stand together and work to create a viable league that will allow us to enjoy the benefits of our hard work.”

The strategy is bold but its success is uncertain, not least because it depends upon unbreakable unity among the players.

The success of the PWHPA hinges on three factors.

First, the Dream Gap Tour must show potential investors that a women’s professional league is a viable and profitable venture. Adidas, Dunkin’ and Tim Hortons sponsored the tour, and the arena was packed in Toronto for the first games. That success continued with sold-out games through the final weekend in Chicago.

Second, the PWHPA needs the bargaining power to make the NWHL bend to its demands, including a commitment to invest in expanding and marketing the women’s game.

And finally, as in any labour struggle, worker solidarity is a must. If, despite the success of the Dream Gap Tour, PWHPA players seek employment in the NWHL or in Europe, or leave the sport altogether, the chances of a new league forming are slim at best.

Not all women’s hockey players and advocates support the PWHPA’s approach. The five-team NWHL started its 2019-20 season on Oct. 5, and commissioner Dani Rylan said: “It’s definitely disappointing, to say the least, when the people that you built a business for, or a platform for, feel that destroying that business is the best way forward.”

Notably, Rylan also said player salaries have increased 26 per cent over the previous season, and that the league has agreed to a 50-50 split of sponsorship and media rights with the players. Arguably, the collective action of the PWPHA has influenced these decisions.

Let’s hope that the spotlight created by the Dream Gap Tour will continue to shine brightly. The sustainability of high calibre women’s hockey talent depends upon having the opportunity to earn a living while playing the game. 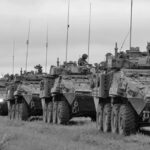 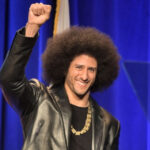 A Decade of Playing Left-Wing: Sports Heroes of the 2010sUncategorized