A Decade of Playing Left-Wing: Sports Heroes of the 2010s

Sports journalism is not immune from the year-end “listicle”, the clickbait content that dominates the Web every December. While I admit to being a sucker for these “best of” exercises, as a decade came to a close the stakes were high but the “Athletes of the 2010s” lists were so utterly predictable. From Sports Illustrated to Al Jazeera, swimmer Michael Phelps, track star Usain Bolt, tennis giant Novak Djokovic, boxer Floyd Mayweather, soccer star Lionel Messi, gymnast Simone Biles, basketball’s LeBron James, quarterback Tom Brady, and Serena Williams, dominated sports journalists’ selections.

But here at Canadian Dimension, winning takes a back seat to building a better world. So here are my nominations for those figures at the intersection of sport and politics that mattered most in the 2010s.

1. Colin Kaepernick: The decade’s answer to Muhammad Ali, the former San Francisco 49ers quarterback hasn’t played in the NFL for four years because he refuses to be silenced. Taking a knee to protest police violence and racial injustice, Kaepernick sparked a wave of protest across sports as professional and amateur athletes’ alike took a knee in solidarity. Back in 2016, Kap told reporters, “I am not going to stand up to show pride in a flag for a country that oppresses black people and people of colour.”

When Kap exposed the league’s November 2019 “tryout” for the sham that it was, he refused to play the NFL’s game and made it clear that he will only re-enter pro football on his own terms. In the meantime, he continues to speak out against social injustice and holds Know Your Rights Camps across the country with the mission of advancing “the liberation and well-being of Black and Brown communities” through education, self-empowerment, and leadership development. Kaepernick brought Black Lives Matter to the stadium and for that he’s been kicked out and barred re-entry. While NFL owners raise millions for Trump, Kap has led the resistance on and now off the field.

2. Caster Semenya: The South African-born world and Olympic track-and-field champion spent the decade dominating the women’s middle-distance events, despite being poked, prodded and subject to constant scrutiny of her medical history by her sport’s governing bodies. The International Association of Athletics Federations (IAAF) has made multiple efforts to force Semenya to alter her body by medical means, claiming her naturally elevated levels of testosterone give her an “unfair advantage”. Her treatment represents a long history of misogyny and racism in which Black women have had their gender presentation questioned for failing to conform to standards of white, Western femininity and gender norms. Semenya has never stopped fighting, responding to the latest ruling of the Court for Arbitration of Sports, which bars the two-time Olympic gold medalist from competing as a woman in all races, by saying, “The decision of the CAS will not hold me back. I will once again rise above and continue to inspire young women and athletes in South Africa and around the world … I just want to run naturally, the way I was born. I am Mokgadi Caster Semenya. I am a woman and I am fast.”

3. Northwestern and Mizzou Football Teams: In 2014, Northwestern University’s football players said “we are workers and we’re organizing a union” and in doing so exposed the myth of the “student-athlete” the NCAA has perpetuated to generate billions in wealth off the unpaid labour of football and basketball players. While the Republican-stacked National Labor Relations Board eventually punted and declined to assert its jurisdiction in the dispute between the University and its football team, effectively ending the players pioneering efforts to unionize, Northwestern Football became a catalyst for reforms of the NCAA’s rules and pulled back the curtain on the exploitation of college athletes. A year later, standing in solidarity with students of colour calling on their university to address systemic racism on campus, Mizzou football players—Black and white—went on strike. With millions of dollars in football related revenue at stake, the strike forced university president Tim Wolfe to step down. At a time when major league players’ unions are far too quiet on issues of injustice—the WNBPA and NBPA being an exception—Northwestern and Mizzou football illustrated the power of athletes’ collective action and symbolized a new generation’s politicization at the intersection of politics and sport.

4. Meagan Rapinoe: The first athlete outside of the NFL to take a knee in solidarity with Colin Kaepernick, Rapinoe antagonizes all the right people: President Trump, the higher-ups at the US Soccer Federation (USSF) and sexists, racists, and homophobes everywhere. In 2019, Rapinoe led the US National Women’s Soccer team to World Cup triumph in a tournament in which she dominated. As Dave Zirin has written, “She and her team … became a social movement that happened to play soccer. They collectively—with Rapinoe at the front—popularized the question of economic justice for women to the point where their throngs of fans were chanting ‘Equal pay!’ as much as they were chanting ‘USA!’” Before the championship game, Rapinoe boldly promised that she would refuse to visit the Trump White House (she actually said “I’m not going to the fucking White House”) should the team win. They did and the team followed her lead. Rapinoe is also among five women’s national team players who have filed a class-action gender discrimination lawsuit against the USSF. She continues to speak out for LGBTQ, gender, racial and economic justice. If patriotism can be progressive, it is athletes like Rapinoe and Kaepernick who are fighting for an America that could be.

5. Four Boys Playing Soccer on a Gaza Beach: Mohammad Ramiz Bakr, eleven years old, Ahed Atef Bakr and Zakariya Ahed Bakr, both 10, and Ismail Mahmoud Bakr, 9. In July 2014, these four Palestinian children were killed while playing soccer on a Gaza beach when they were hit by explosive rounds launched by an Israeli Defense Force drone. Three of them died as they sought to flee the beach after the first child was killed. Their lives were cut short by the forces of occupation and apartheid. They will never again run on the beach with a ball at their feet dreaming of becoming the next Messi or Ronaldo. Unlike my other nominations, these boys represent the champions that could be if every child was given the opportunity to fulfill their potential as athletes and as human beings. And they are reminders of a brutal occupation that deprives Palestinian children of their innocence and the fundamental right of every child, protected by UN convention, to play. May they rest in power and may future generations of Palestinian children play the sport they love in a free Palestine. 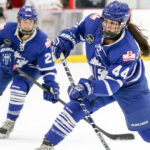 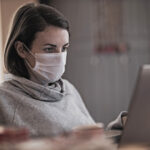